The History of Scouting

Scouting was founded by Lord Robert Baden-Powell.  While he formulated his ideas over many years, Scouting acknowledges the 1st of August 1907 as the date when the Movement was founded.

Scouting soon spread throughout the world, with Scout Groups starting in Australia in 1908.

The founder of Scouting, Lord Robert Baden-Powell (B-P) was born in 1857 in England. He lived a busy and adventurous life, and as a boy spent much of his spare time in open-air pursuits, hunting in the woods, and joining his brothers in expeditions by land and in their boats. Thus he developed his powers of observation and resourcefulness and acquired many useful skills.

He won a scholarship which gave him entry into the British Army, where he was sent to India and served for many years. He tried out his ideas of training soldiers in “Scouting”, teaching them how to develop experience in stalking and fending for themselves and to be observant of all signs that would give them an advantage as soldiers. He set down his ideas in the book Aids to Scouting, which was used as a textbook for many years.

As a soldier, Baden-Powell rose to public prominence during the war against the Boers in Africa at the end of the 1800s. Most noteworthy was his leadership of the defending force in the siege of the South African town of Mafeking. Baden-Powell returned to England as a national hero in 1899 having successfully defended the town against the Boers.

Baden-Powell was encouraged to set down his views on how he would apply Scouting to the training of boys. He first conducted an experimental camp in 1907 on Brownsea Island off the Dorset coast of the UK. With some 20 boys from all walks of life and suitable adult leaders, Baden-Powell taught the boys what he meant by Scouting. They lived in tents, cooked their own food and learnt many valuable skills through games.

1 August 1907 is regarded as the beginning of the Scout Movement worldwide.

The camp was a great success and proved Baden-Powell’s ideas, so he tackled the task of writing down his experience in a book. Scouting for Boys was first published in fortnightly parts, beginning 15 January 1908. Every issue sold out as soon as it hit the news stands, despite the cover price of 4d which was expensive at the time. In fact, Scouting for Boysranks fourth in the best-selling books of the 20th Century after the Bible, the Koran and Mao’s Little Red Book.

Every other Wednesday until the end of March, boys (and girls) all over England eagerly awaited the next issue ofScouting for Boys.

The Movement is born

It was suggested that boys form themselves into Patrols within other organisations but boys didn’t want to be school-Scouts, cadet-Scouts or brigade-Scouts, they simply wanted to be Scouts. Long before the last instalment of Scouting for Boys had hit the book stands, Scout Patrols and Troops had magically appeared all over Britain. Baden-Powell finally bowed to the inevitable and accepted that Scouting would have to become a Movement in its own right.

Two years later Baden-Powell retired from the army as a General to devote his life to this new Movement called Scouting. A rally at the Crystal Palace, London, drew together 10,000 boys.

The Girl Guides were formed in 1910 by Baden-Powell’s sister, Agnes. In quick succession came the Sea Scout Branch in the same year, Wolf Cubs in 1916, Rover Scouts in 1918 and the Special Test (now “Extension”) Department in 1926. The Group system of Cub Scouts, Scouts and Rover Scouts under the leadership of the Group Scoutmaster was established in 1927, Deep Sea Scouts in 1928, Air Scouts in 1941 and Senior Scouts in 1946 (now known as Venturer Scouts).

Meanwhile Scouting spread to Australia, New Zealand and India in 1908 and other countries followed shortly after. In 1909  Chile was the first country outside the British Empire to take up Scouting, followed closely by France, the Scandinavian countries and the United States in 1910. By 1937 over two and a half million Scouts from nearly fifty countries were affiliated with the International Bureau which was set up to safeguard Scouting and to prevent control drifting into the hands of the purely religious, political or military bodies.

Lord Baden-Powell was proclaimed World Chief Scout at the first Jamboree at Olympia in the UK in 1920; he was raised to the peerage (given the title of Lord) in 1929 and was awarded the order of Merit in the Coronation Orders in 1937. He travelled widely, encouraging Scouting in every country he visited. He came to Australia three times, in 1912, 1931 and to the first Australian Jamboree in 1934-35.

Meanwhile Scouting had become established as a most successful scheme for the training of boys, and it spread rapidly worldwide because it was what boys wanted to do. Soon a headquarters was set up and leadership provided by recognised leaders in the community. Honours were showered upon the Founder by many countries but his last acclaim was the World Jamboree in Holland in 1937. He retired to Kenya, where he spent several happy years with his family. He died there on 8 January 1941.

He was described as ‘The Piper of Pax’ because of his tremendous contribution to boyhood and world peace.

From its English origins Scouting struck an enthusiastic chord among boys in so many countries that it is now coordinated globally by the World Organisation of the Scout Movement (WOSM). From its headquarters in Geneva, Switzerland, the WOSM provides unity amongst the 155 national Scouting organisations (representing a Scout membership of over 28 million). 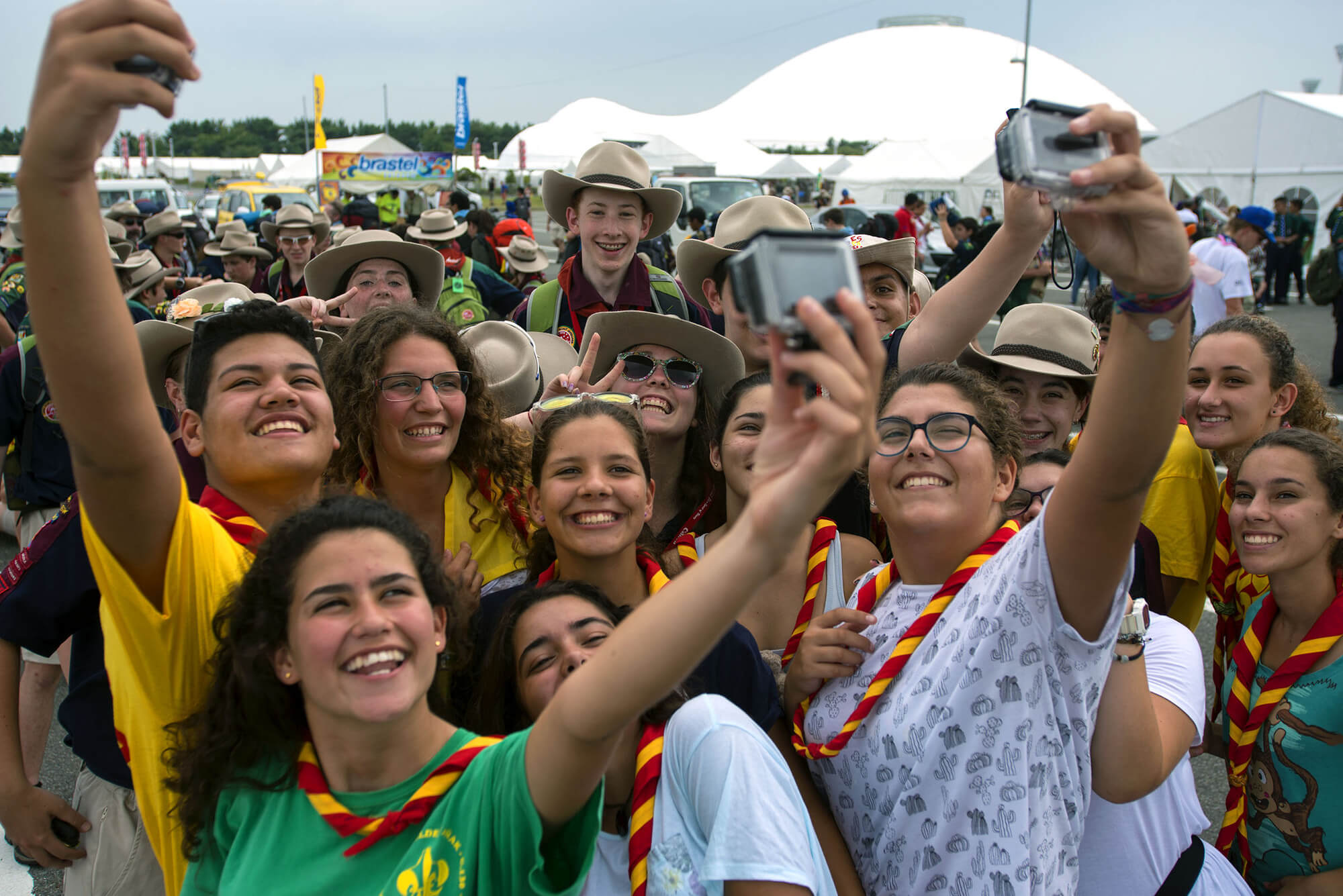