Australians of the Year Dive with Scouts

Highlighting the Importance of Outdoor Adventure

Australia, along with the world, watched and waited as a painstaking rescue operation took place in Thailand in June 2018 – the rescue of the young Wild Boar soccer team who had been trapped in a flooded cave in Chiang Rai, Thailand.

Craig and ‘Harry’ (as Dr Harris likes to be called), have been adventurers their entire lives.  They attribute their significant personal success and fulfilment to the ‘freedom to be adventurous’ which they have both enjoyed since childhood.

Craig and Harry are keen to spread the benefits of adventure to Australians and the world.  As all Scouts know, Scouting offers young people unlimited opportunities to have safe, well-planned outdoor adventures.  It’s what we have been doing since 1907.  Scouts know how outdoor adventure builds resilience, preparation, teamwork and personal responsibility – skills that carry on throughout a young person’s entire life.

The connection between Craig and Harry’s message and Scouting was a natural fit. Scouts Australia was thrilled when the Australians of the Year made themselves available to go diving with our WA youth members on a sunny Saturday at the end of March.

As shown on ABC TV, the Pelican Point Scout Group had the opportunity to be the first in the world to directly ask Craig and Harry about their approach to adventure and why they feel adventure is so important to young people.   At the same time, they had the privilege of diving with these amazing rescuers whose underwater skills saved so many lives.

As Venturer Scout Kalita Tomlinson reported “I could tell that Dr Challen and Dr Harris understood what Scouts do and the importance we play in developing today’s youth into tomorrow’s leaders.”

“They had many important messages for young people who might be afraid to try things in case they fail, or feel bad because they have failed in the past”.

“After hearing them explain how we can develop their resilience, I hope young people everywhere will try something new that pushes their boundaries”.

“Both Dr Challen and Dr Harris really opened up about how they learned to overcome some of their own fears” Kalita said.  Outdoor adventure clearly played a large role in this.

The international rescuers gave a new perspective to parents who worry about the risks of outdoor adventure.  “Dealing with risk is a part of life that all young people need to learn”.  The opportunities that outdoor adventure presents are massive”.  “Sometimes things don’t go according to plan, and that’s when you find out who you really are”, said Dr Challan.

Scouts Australia invites you to look at the photos and watch the mini-doco from this exciting expedition, where Craig and Harry were also ‘scarfed up’ by the Chief Commissioner of Scouts WA, Barbara de la Hunty.

So that others benefit from this once in a lifetime opportunity, we invite you to download and share the video and the social media posts we have created. 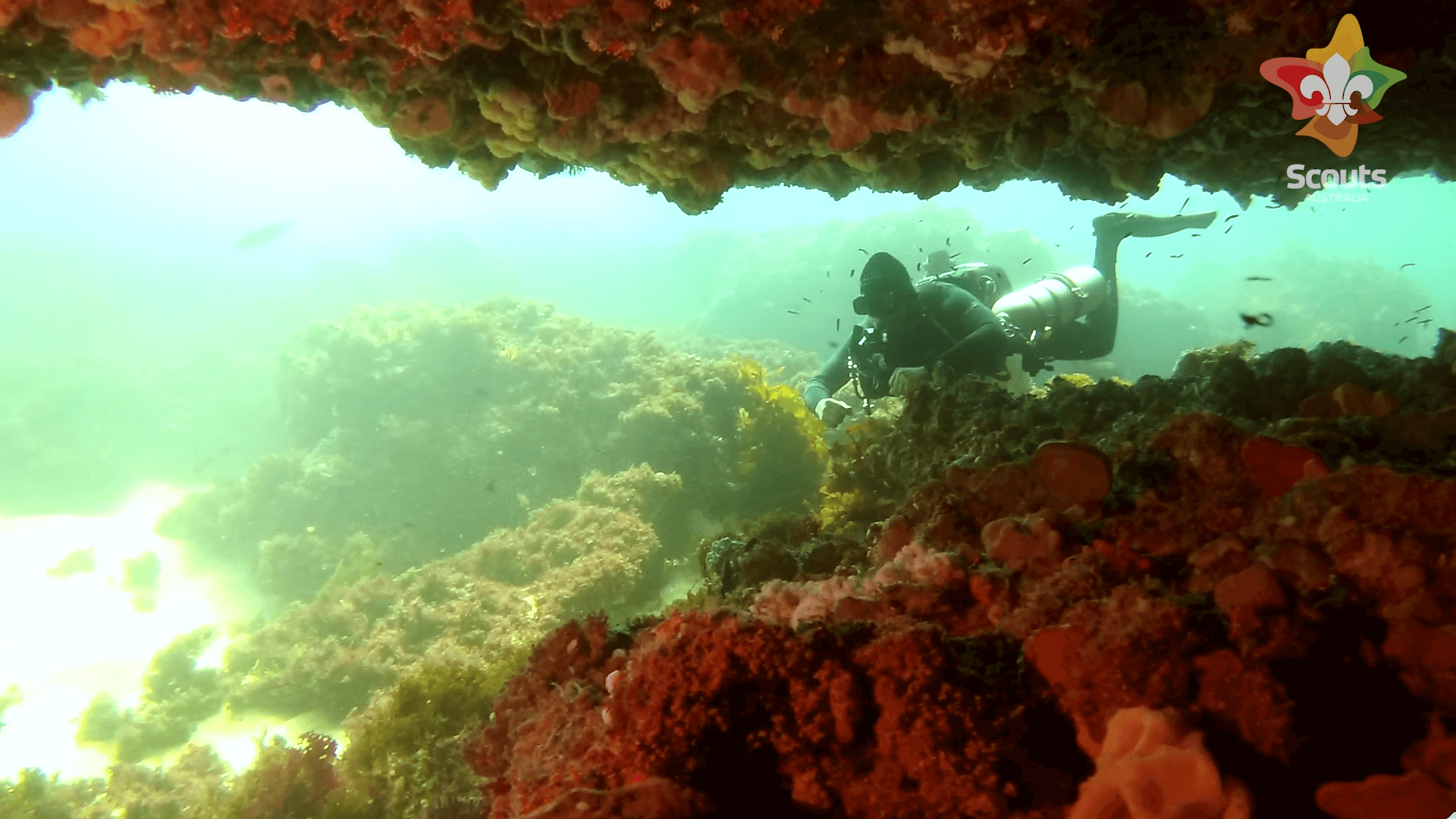 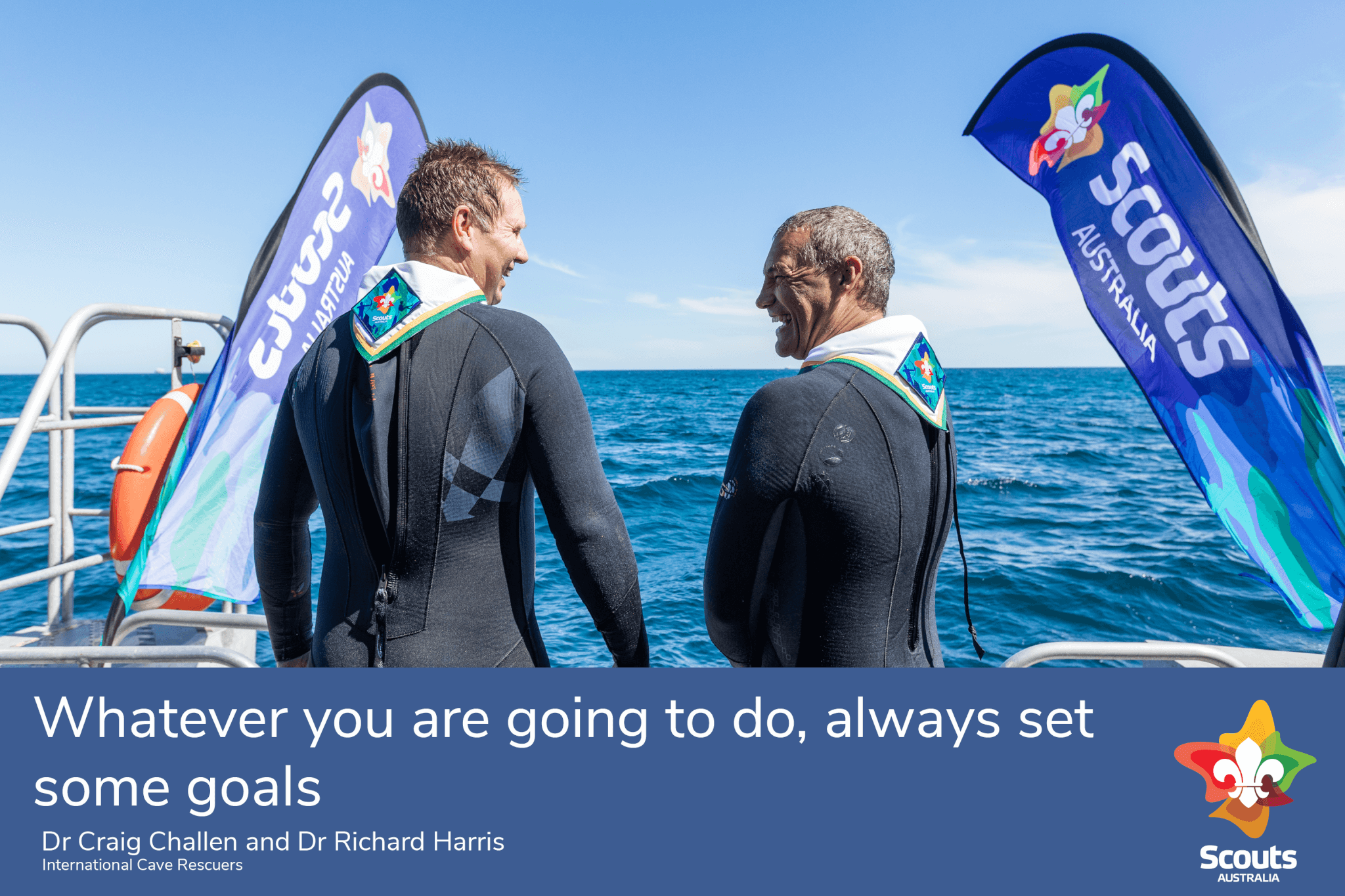