Emily-Rose Reports on Her AJ2019 Adventure

Emily-Rose headed off to AJ2019 at the start of this year and had a blast! Read her reflection on the adventure here.

Lord Baden-Powell once said, “A week of camp life is worth six months of theoretical teaching in the meeting room.” In this instalment of the Awesome Adventures of Rosie, I’m going to provide evidence to support his claim.

I may as well start at the beginning. Far, far ago in a distant metropolis named Brisbane, I met the angsty teenagers who would change my life for ever – Troop B651. We met in a series of unfortunate events which concluded in a toilet plunger being snapped in half. But I digress. I was anxious to make a good first impression, but I already had a sneaking suspicion that this rag-tag group of plucky kids and leaders (including the occasional heavily pregnant welfare officer) would pull together when it most counted.

Before I left on my long journey South, my mother took me aside and said, “Rosie, I am now going to teach you the essential survival skills for camp”. It was in this way that I learned how to play Solitaire. She handed me my very own set of cards. Now, whenever I am lost and alone, I can calmly pull out my cards and start playing Solitaire for I know that, as soon as I start playing, someone is bound to come up behind me and say, “Put that red seven on top of that black eight!” Voila!  An instant friend has arrived!

The next time I saw my comrades it was at Tailem Bend, South Australia. It was dark, hot, windy and as dry as a dead dingo. When I awoke the next day, I was surprised to see that we had miraculously been transported to the Simpson Desert. There was sandy dust and dusty sand everywhere. And I mean everywhere. Our campsite was soon covered with a thick layer of it. You would think that sleeping on a soft bed of sand would be exceptionally comfortable, but I now know that rocks and sticks will rise above sand when irritated by the fabric of a Bell tent floor. Dust was a constant except when the addition of dihydrogen monoxide transformed it into mud, glorious mud. The hardest thing to cope with was the stifling heat. Luckily, I quickly located the snow cone station and proceeded to trade most of my spending money for their gloriously cold ice confections.

My overly nervous mother had expressed a fear that I may somehow get lost in the sea of Scouts attending the camp. To combat this, she had ensured that everything I took to camp was coloured a bright fluorescent orange. Trust me, the leaders were always able to find me, especially when a job needed doing. I now loath orange.

I soon worked out that it didn’t really matter what I had packed because 95% of my bag’s contents could have been left at home. I then learned that the 5% I had left at home was essential to maintain my sanity (and my cleanliness). I also acquired the knowledge that the average local temperature increases with the amount of warm clothing packed and that the number of mosquitoes at any given location is inversely proportional to the volume of remaining repellent.

Speaking of gliding, I have the utmost respect for my brave co-pilot John. As we were soaring on the thermals, he turned to me and said, “Would you like a go at the controls?” I said, “Sure. What could possibly go wrong?” As we spiralled out of control…..Nah, I’m just kidding…..or am I?

There was one activity that I was particularly proud of completing. It was really inspiring to overnight at the Old Woodhouse Manor. The walls practically dripped with tradition. It was either that or the sweat of the thousands of Scouts who had finished the daunting Challenge Hill Obstacle Course. I knew before I arrived that I was not going to be able to make it all the way through. I looked at the map and knew that it was impossible. There was no way. It was unachievable, unobtainable, totally out of the question…

My new Troop buddies played a major role in my personal achievements. I also want to thank my awe-inspiring PL and APL, Violet and Alex. They kept us all under control and never lost their tempers whilst doing it. Our Patrol felt like it was an important part of a successful Troop. B651 even managed to earn a hard-won Queensland Contingent Camping Award! It really is true that Jamboree makes mates for life.

I’ve been thinking of words to describe how attending AJ2019 made me feel. Those words would include exhilarated, happy, useful, wanted, respected and empowered. I need the members of the Lord Baden-Powell Society to know that their funding helped me feel all those things and for that I am eternally grateful. Also, I need to give a huge, huge, huge hug to my Grandma because she paid for the rest of it. Lord Baden-Powell also said that, “The most worth-while thing is to try to put happiness into the lives of others.” You have all definitely made that happen. 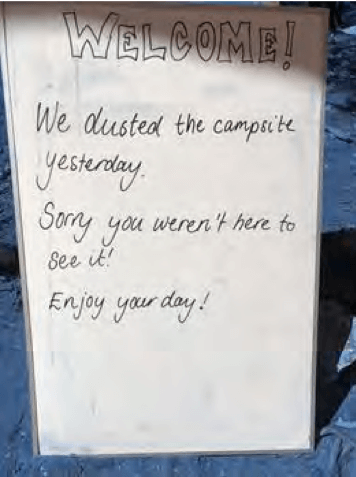 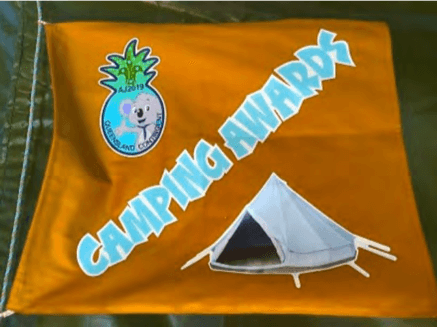 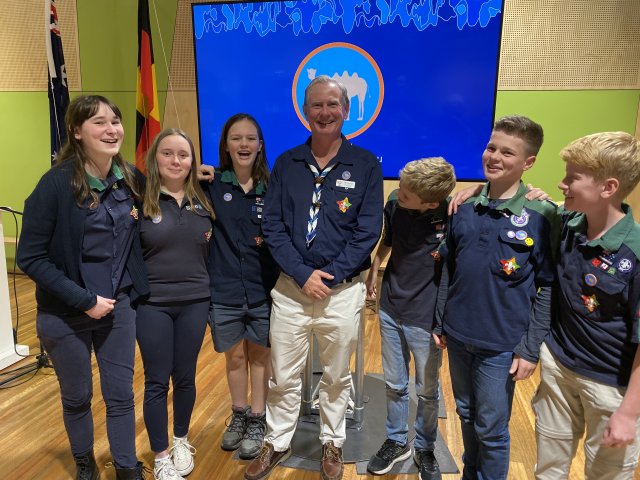 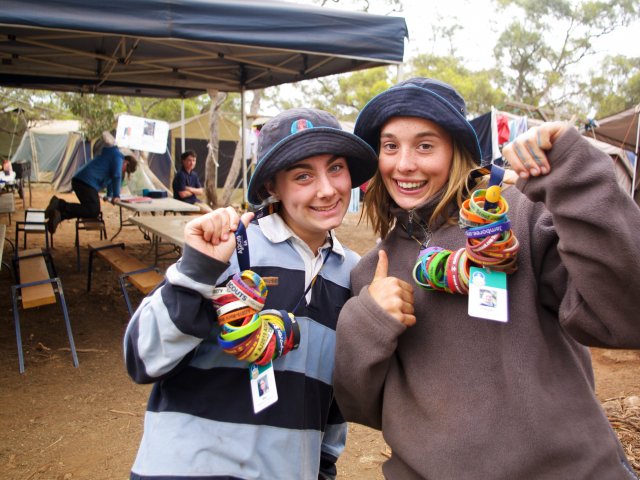 Christmas Wishes from the LBPS Chairman