The Lord-Baden Powell Society has supported many young Scouts and Venturer Scouts attend major scouting activities in its 36 year history. One of the major activities sponsored has been the Australian Venture.

We hope that the next Australian Venture will go ahead as planned in 2024 as, unfortunately due to COVID-19, the 2021 event had to be cancelled.

With this in mind, we would like to share one of the reports from the last Australian Venture which has been described in the report below by a Scout from the ACT who received funding from the Society.

I want to start with a big thank you to the Lord Baden-Powell Society for their $700 grant that not only got me to Venture, but allowed me to attend pre-tour too.

Belle and the Contingent Council did a fantastic job organising pre-tour: transport, food, the venue, the activities. Everybody agreed those guys were absolute legends! This shows what an active and well organised Unit Council can do. As a Member myself of our Unit Council, I hope to take what I saw at pre-tour to help us run our Unit better.

The expedition I chose was Get Hiking – four days trekking through the Connondale Ranges in South-East Queensland. The highlights for me were meeting new people, exploring new land and discovering new animals – including a four-metre scrub python (a little one) and a tarantula (a big one) which I removed from my tent using a hiking boot and a frying pan. No tarantulas were harmed during this activity but one Victorian Venturer Scout will never ever forget it. As we hiked through humidity that was an experience in itself, Rose and Phil (our Leaders) advised us, “if you’re going to stop, don’t stop in the shade – you’ll be crawling with bugs and leeches!” The Expedition was originally set for Fraser Island but there were no safe swimming spots due to crocs, sharks and stonefish. We found a great swimming hole in a rock pool on top of a waterfall. I was in there for two minutes when there was lightning and a very loud rumble of thunder and we all sprinted to put our tents up – just in time!

More than the terrain and the scenery, I remember the atmosphere amongst the group – pretty chillaxed!  When we first met, we were like, “Who are you people?” – Jasmine from Burpengarry took the lead in breaking the ice. She sat us all in a circle and introduced herself, and we all followed suit. I hope to borrow from her example when introducing future new members to the Unit. The group gelled pretty quickly. We had Venturer Scouts from all over Australia, plus two Brits (one a ‘Honourary Tasmanian’ and the other from Birmingham before Townsville.)  It was funny on the second day when we found out that in British English, ‘thong’ means ‘underwear’, not ‘footwear’, as it does in Australian English!

In my own Unit, I have had one full-term and a recent re-election as Deputy Chair, a role which is directly responsible for mentoring new members through the membership process to the completion of the Venturer Skills badge. I have helped to welcome all our five latest new recruits, and there are more to come. In a few months, the population of the Unit will jump to 18. I am working on a Guide for New Members as part of my Queen’s Scout Leadership. Some of the things I do with prospective or new members are chat about activities we’ve done, get to know them as people and introduce them to others and help them learn their first aid skills. I’ve tried to borrow from the “Getting to know you” aspects of my Venture Unit here. We expect two more international visitors this Winter, so another ‘Australiana Night’ soon after they arrive will be fun.

A few members of our Unit needed a Venturer Skills Hike before Dragon Skin this year. The weather and proscribed back-burns had been against us, so I combined my own planned Venturer Award Expedition with that of another Venturer’s, in order to get these people qualified in time. Seeing modifications to the Venture expedition helped me deal with these changes in my plans.

My Venture experience helped me personally with Dragon Skin. Similarities included the registration process, the teamwork and the format of hiking from base to base with packs on. Both events were noisy and rowdy (even at one in the morning!) with heaps of new people and, having the Venture experience helped me cope with this at Dragon Skin. I was also better prepared to help the newer Venturer Scouts in my Unit cope with the planning, hiking and social sides of Dragon Skin, because of my experiences at AV2018. It was also great to catch up with friends from Venture!

One of the Venture Offsite Activities I’d like to adapt for our Unit is “Get Armed”, which included archery tag, a laser skirmish and the zombie apocalypse event.

At the time I applied for the Lord Baden-Powell Society Grant, I had been working regularly with our Group’s Cub Scout Pack. Since I finished that stint (53 hours total), four of my fellow Venturer Scouts have taken on regular Youth Helper roles with our Cub Scouts, Joey Scouts or both. I have both encouraged and assisted them in this Service. At our recent Group Camp, I spent an hour or so happily telling yarns about Venture, (people, weather, expedition, activities and pre-tour), to Scouts and Cub Scouts from our Group, as well as to a senior guide who we are trying to recruit into the Unit.

I told someone recently that Scouting was the best thing I’ve ever done in my life. Thank you for helping me to push that experience even further.

Donate to the Lord Baden-Powell Society 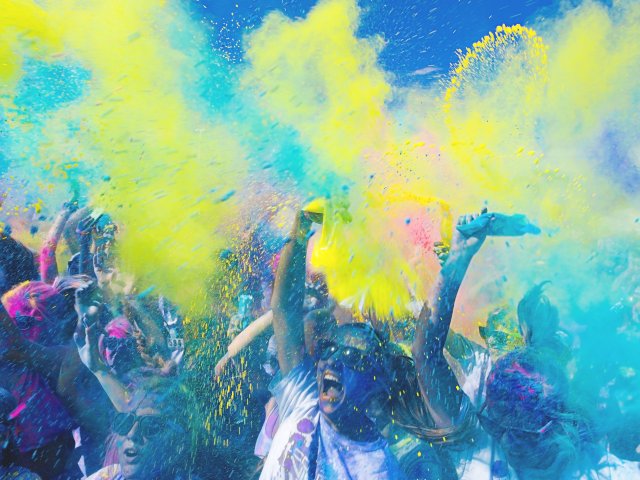 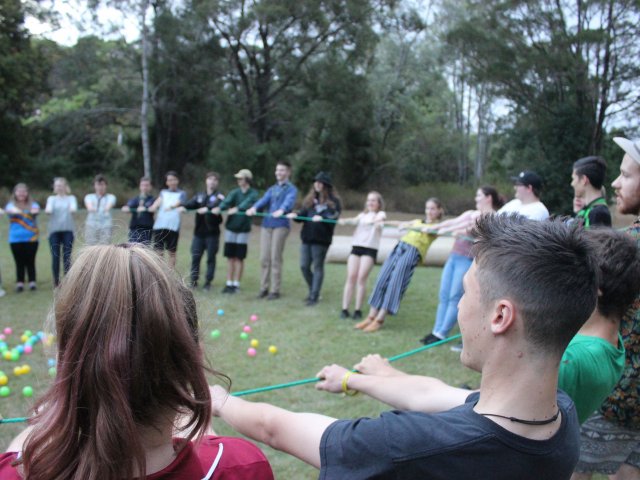 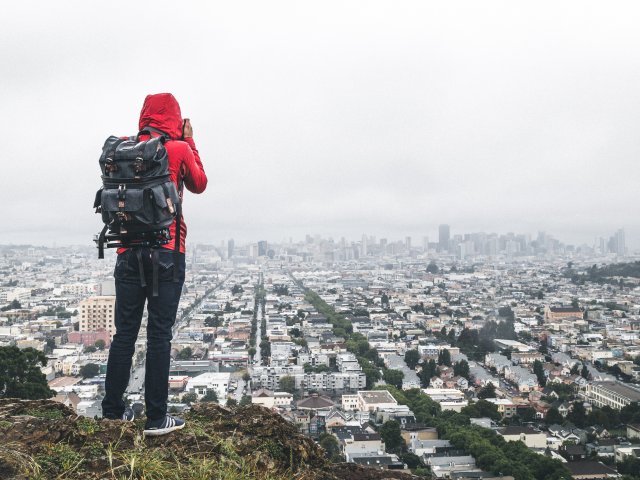