Ken Cato – The Queen’s Scout Behind The New Scout Branding

Dr Ken Cato AO isn’t just one of Australia’s top designers. His reputation is worldwide and his company, Cato Brand Partners, established in 1970, today has 16 international locations and has worked in more than 110 countries.

Their portfolio of successful brands includes Qantas, BHP, Commonwealth Bank, Macquarie Bank, David Jones, Channel 7, SBS, Australian Made, and many others, plus a huge range of international work.

And now they have designed the new branding for Scouts Australia.

So, who is Ken Cato?

Brisbane-born Ken moved south before his first birthday, and was a Cub, Scout, Senior Scout and Rover at 2nd Mulgrave, Victoria. Highlights include being Patrol Leader of the Eagle Patrol, earning his Queen’s Scout, and attending the 1960-61 Sydney Jamboree. “This was a great adventure,” says Ken. “I remember seeing the Harbour Bridge and thinking this was probably the only time I’d see it.”

“I can still remember the corner of the hall where my Patrol resided.”

His years of Scouting have led to lifelong friendships, his decision-making style, and a passion for not having tripping hazards in hotel rooms.

“It is a fact that the longest relationship I have with anyone on the planet except my family is a mate who is also a Queen’s Scout. We met in Cubs and still talk regularly, and have many connected friends through Scouts whom we both keep in touch with. Without doubt Scouts is the source of the strongest friendships I have.”

Nearly 60 years on, Ken can still remember Easter competition camps at Gilwell Park, near Gembrook, Victoria. “We always had to clear the paths and have ropes lining the paths, but for an emergency or at night the paths had to be totally clear. That has always stuck with me, and at my farm I always keep the paths clear. Even when I move into a hotel room, it’s shoes away, bag away, so there is a clear path from my bed to the bathroom.” 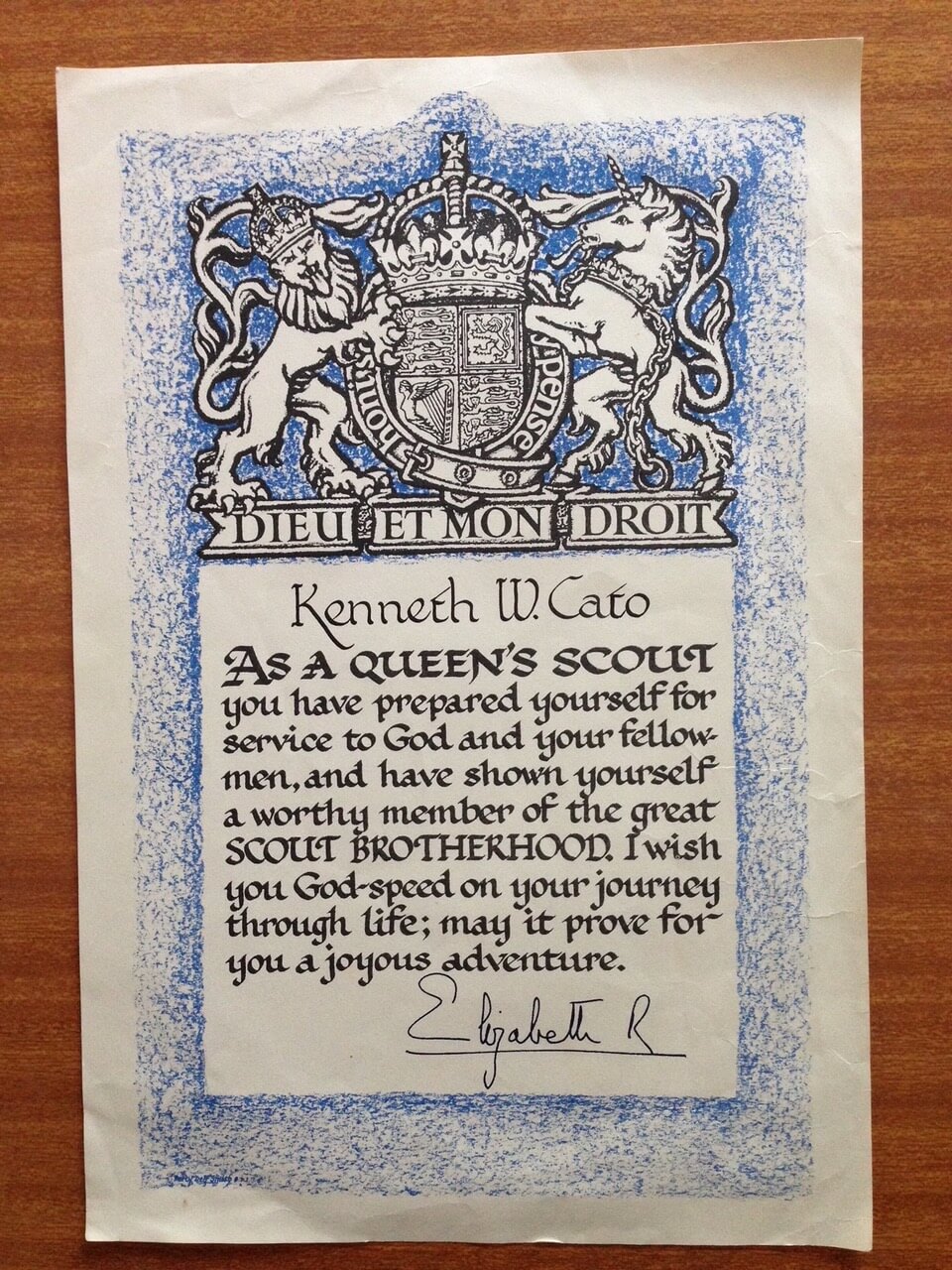 Hiking as Scouts taught another lesson: “You take only what you need, you don’t take extra. Be prepared. None of my mates are hoarders either, no cars in the backyard. It either works, or you fix it or you throw it.”

He also credits Scouting as an influence on his ability to organise, analyse information, and make quick decisions. This came in handy during some memorable mishaps in the bush.

He was hiking with fellow Scouts in the Dandenongs when the group became hopelessly lost. “We were tangled up in heavy scrub and walked further and further into it. Then a few calm heads prevailed and we walked out.”

Another time was particularly scary – although he didn’t know it at the time. He and a Scout mate were hiking on their own in school holidays and were in heavy bush when it was time to pitch their tent. Then they noticed an old road – an apparently unused track, with a soft, flat surface. They considered setting up their tent, then opted to camp off the track. “In the middle of the night a car came through at a great rate of knots.” 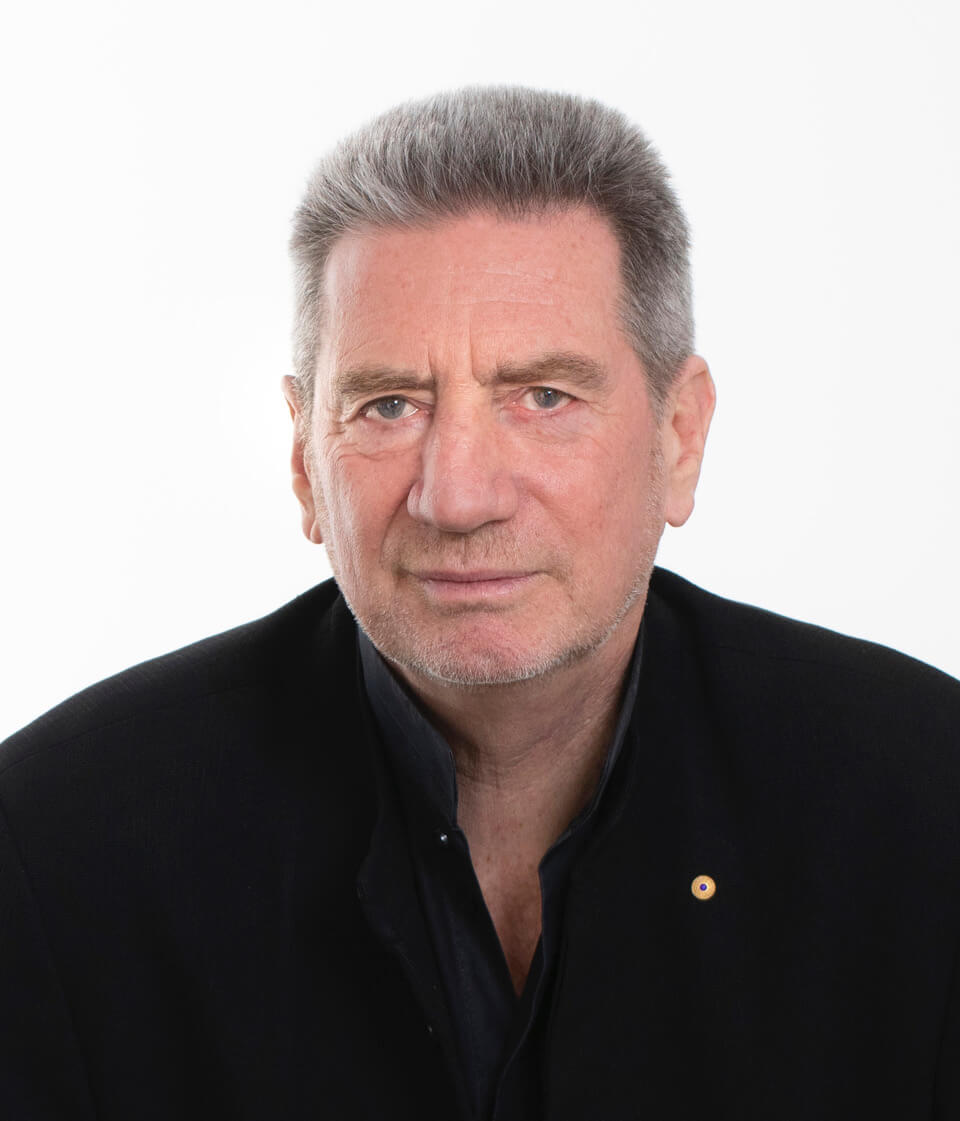 Ken learned the “team thing” from a combination of Scouts and sport. He was fortunate to be a good cricketer, and played sub-district from the age of 11 where most of his team mates were adults.

Scouting also developed his competitive edge, particularly on camps and Patrol competitions. “My mates were in different Patrols, and we were fiercely competitive. Even today we laugh about it. On the golf course together, the sledging outweighs the performance.”

It was Scouting that developed his sense of bonding and team. “The sense of being part of something bigger than oneself came from Scouts. And what we’ve done at Cato Brand Partners, we’ve done as a team. Others deserve a lot of the credit.”

Those responsible include Sydney-based Partner and Global Strategic Director Peter Wilson, and the studio team who have worked on creative solutions to re-brand Scouts Australia.

And the new Scout branding means a lot to Ken. “I’ve always treasured those moments when I work on something that was a big part of my life.” These include working on Melbourne’s bid for the 1996 Olympics, and Ashes work with the Australian Cricket Board.

“I am lucky to be involved in things outside my usual work for government and corporations, to do something for a part of my life. Working on the Olympics, for the Australian Cricket Board, and now Scouts would be right up there.”

A New Image For Scouts Australia 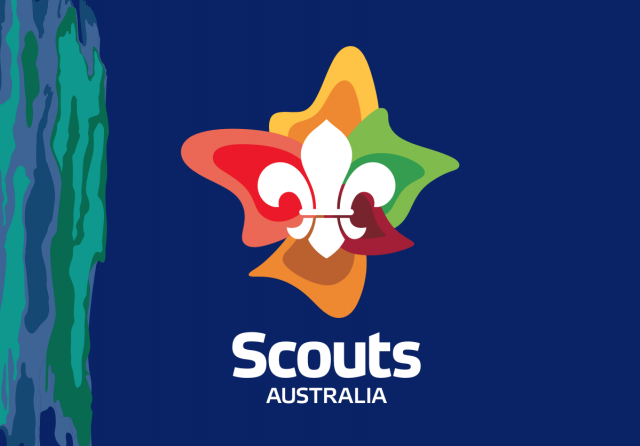 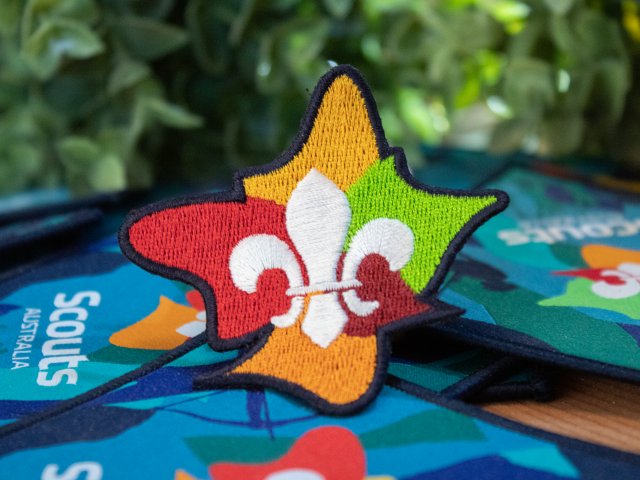