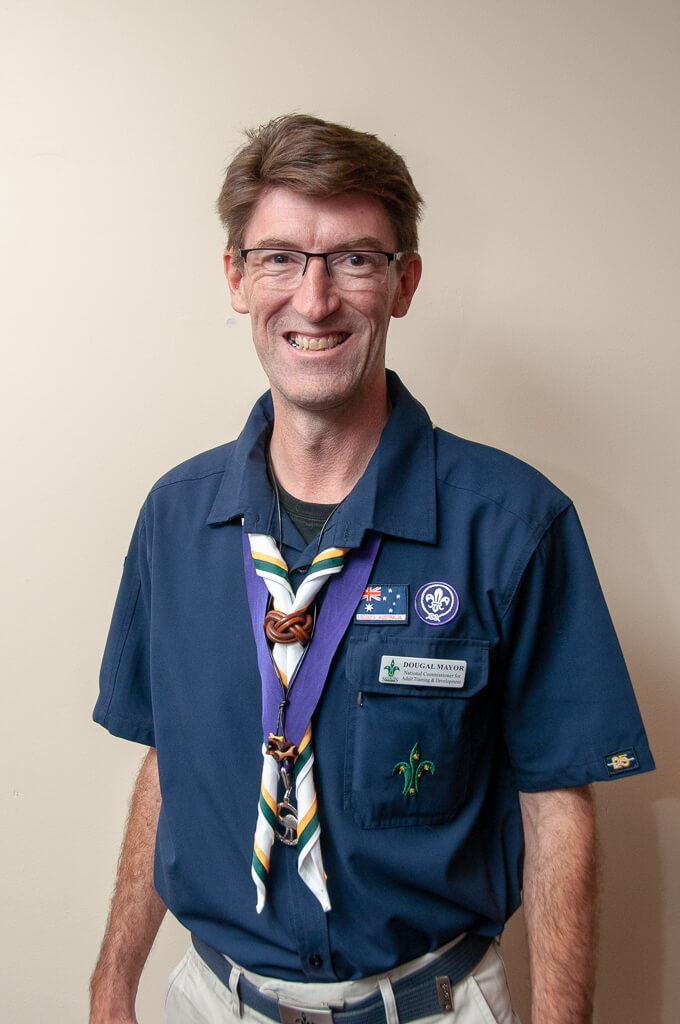 Known to his friends as “Doogs”, Dougal was invested as a Cub Scout in 1977 and progressed through to Scouts. Following a break, he returned to the Movement as a Rover and Assistant Scout Leader in 1987. Since then he has held roles in Victoria as a Scout Leader, District Leader, Assistant Region Commissioner, Region Commissioner, Assistant Chief Commissioner Adult Training & Development, and Group Leader. He has been a member of the National Training Team since 2010 and is a member of the National Risk Management Committee. He is currently Group Leader at Albany Creek Scout Group in Brisbane. Many members of the National Training Team will be familiar with Dougal through his involvement with the Course for Potential Leader Trainers (CLT) since 2013.

In early 2018 he relocated to Brisbane to support his wife, Lucinda, progress her career as a Lecturer in Paramedic Science at ACU and undertake a PhD at QUT. They have a daughter, Morgan, who is a Scout at Albany Creek Scout group and a son, Stuart (a Queen’s Scout) who has remained in Victoria.

Prior to moving to Queensland Dougal was employed professionally as Executive Manager Scouts Victoria following 8 years working in a registered Training Organisation. He has recently been appointed Acting General Manager for Scouts Queensland. You may have heard him say he “relaxes after work by volunteering for a community organisation!”

“I’m thrilled to be able to serve adults across all States and Territories as National Commissioner Adult Training & Development and look forward to combining my experience with that of others to grow the Movement” said Dougal.